I have a secret to spill!

For the last month, I’ve been part of a Street Team for Angela and Becca at Writers Helping Writers, who are launching their new writing book on February 19th. Because they are known for showing, not telling, they decided it would be fun to keep the thesaurus book’s topic a secret until the book cover reveal…WHICH IS TODAY!

If you don’t know who these amazing people are, you’ve gotta check them out! Many of you are probably familiar with their Emotion Thesaurus, which, not kidding here, was the book that singlehandedly helped my writing take off like a stick of dynamite after the flame burns down. (Also, I just realized that’s an oddly specific simile.) Not to brag on them or anything… okay, yes, I am bragging on them. That’s what I’m here for today.

Well, they didn’t stop after the Emotion Thesaurus. They published five more thesauruses, and they have even more that aren’t published. (Some of them are accessible online!)

It’s been hard keeping quiet about this (like, really, really hard), so I am THRILLED I can finally announce that The Emotion Thesaurus Second Edition is coming!

This is a seriously cool book, guys. The original Emotion Thesaurus released in 2012 and became a must-have resource for many writers because every entry has a list of body language, thoughts, and visceral sensations for 75 different emotions. I read through them for fun. Did you know that showing character emotion on the page is one of the hardest things for a writer to do? It’s true!

And why is the second edition so special, you ask? Well, it turns out that so many people have asked Angela and Becca to add more emotions over the years that they decided to create a second edition. It contains 55 NEW entries, bringing the total to 130 emotions.

This book is almost DOUBLE IN SIZE and there’s a lot more new content, so I definitely recommend checking it out. And you can. Right now.

This book is available for preorder, so you can find all the details about this new book’s contents by visiting Amazon, Kobo, Indiebound, and Apple Books (iBooks), or swinging by Writers Helping Writers. You can view the full list of emotions included in this new book, too.

One last thing…Angela & Becca have a special gift for writers HERE. If you like free education, stop by and check it out. (It’s only available for a limited time!)

Have you ever used the Emotion Thesaurus?

Share in the comments your best tips about showing character emotion!

2 thoughts on “Cover Reveal: The ??? Thesaurus”

This site uses Akismet to reduce spam. Learn how your comment data is processed. 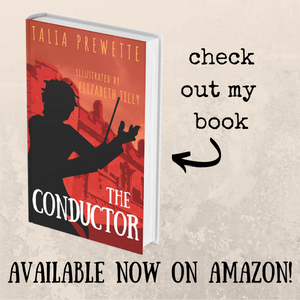 Hi! And welcome to my writing blog! Here you'll find all sorts of stuff about my life as a writer who writes for God's glory... and some thoughts about the world of fiction.

Looking for something in particular?